Pet Product (Commercial)
November 4, 2017
Had lots of fun on set today playing with dogs for a pet product commercial!

Last Pickup (Film)
November 22, 2016
Very excited to see that the film "Last Pickup" is now available for free on Amazon Prime! View the film and see me play the role of Mr. Worthington. Click to View >> 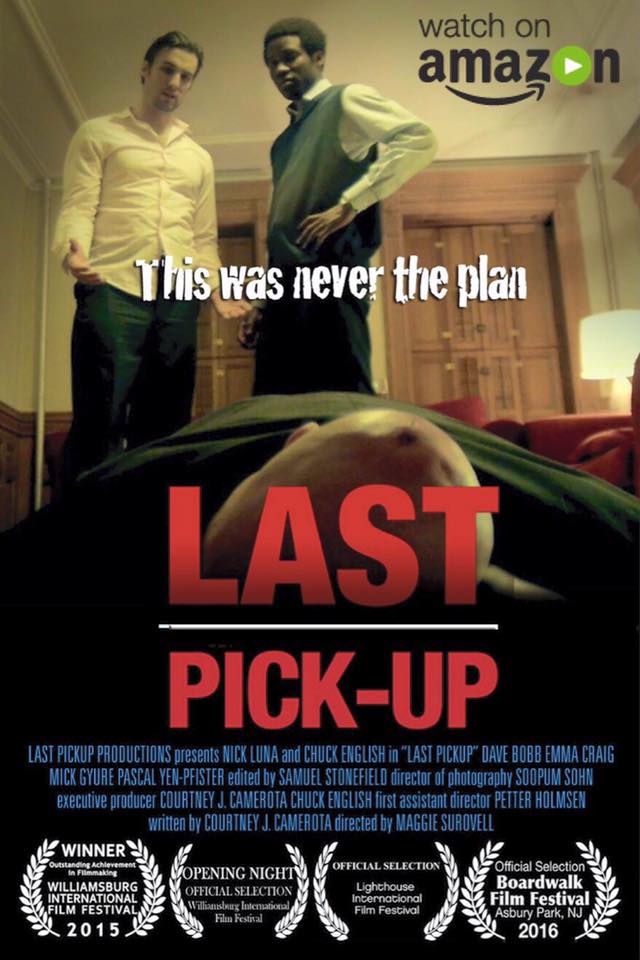 Skin Care Product (Commecial)
April 4, 2016
On set today playing the role of a dad for a skin care product commercial. 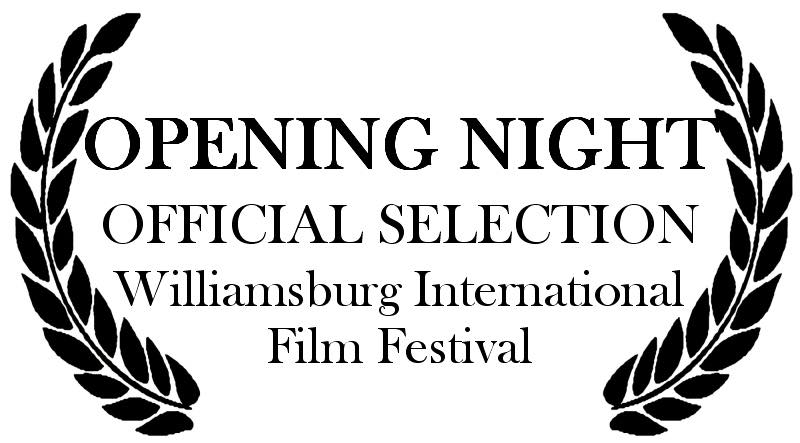 The Good Doctor (Theater) April 17, 18, 19, 2015
Thrilled to be part of the play The Good Doctor. Had a great opportunity to play the multiple roles of General Brasshilov, a Policeman, and Kistunov the Banker. An awesome experience and a lot of fun with a great cast and crew!

One Act Play (Theater)
October 20, 2014
Excited to perform a one act play for the NJSDA anniversary show.

Redrum (TV)
August 8, 2014
Shot an episode of Redum for Discovery ID. Played the role of a detective investigating a murder.

MetLife (Commercial)
January 23, 2014
Had a great morning shooting a commercial for MetLife.

Converse/Journeys (Commercial)
January 14, 2014
Had a blast on set today shooting a project for Converse!

Last Pickup (Film)
November 9, 2013
Started filming for the feature film Last Pickup. Cast as a shady CEO and excited to be part of the project!

Jikulumessu - Soap Opera (TV)
October 29, 2013
Excited to have completed filming for Jikulumessu, a Portuguese Soap Opera! Playing the role of a theater employee.

Dick's Sporting Goods (Commercial)
May 2, 2013
Had the awesome opportunity to work with Oscar winning director Paul Haggis for a commercial for Dicks Sporting Goods. Amazing experience!!

Ruby Tuesdays (In House Video)
April 2, 2013
Did an in house shoot for Ruby Tuesdays. They shot footage of us talking to each other and eating...so they served me up a gigantic beer and a slab of ribs. Sure...I think I can do that!

Voice Dubbing (Voice Over)
December 12, 2012
Did some more voice dubbing for a few episodes of a Turkish police drama for EBRU TV.

Compliance Training Videos (Industrial)
November 28, 2012
Completed shooting a number of scenes for various scenarios to be used for compliance training for a pharmaceutical company. Playing the role of a doctor.

Compliance Training Videos (Industrial)
August 6, 2012
Completed shooting a number of scenes for various scenarios to be used for compliance training for a pharmaceutical company.

Voice Dubbing (Voice Over)
August 2012
Did some more voice dubbing for a few episodes of a Turkish police drama for EBRU TV.

Voice Dubbing (Voice Over)
January 2012
Started off the New Year with a fun project! Did voice dubbing for a number of characters for a few episodes of a Turkish police drama for EBRU TV.

Major Coffee Brand (Infomercial)
November 28-29 2011
Shot two days for an infomercial for a major coffee brand. Played the role of the bus driver.

Software Company (Web Video)
September 19, 2011
Was part of a shoot for a web video for a software company.

Noises Off (Theatre)
June 2011
I just completed a run of the play Noises Off, a hilarious comedy farce, produced by Porch Light Theatre. I played the role of Selsdon Mowbray and got to work with an incredible cast and crew!

Subway Poster (Print)
June 2011
I happened to come across one of my subway posters in New York City at the Spring Street subway station! And the fact that it was already defaced with graffiti just makes it all the more legitimate! 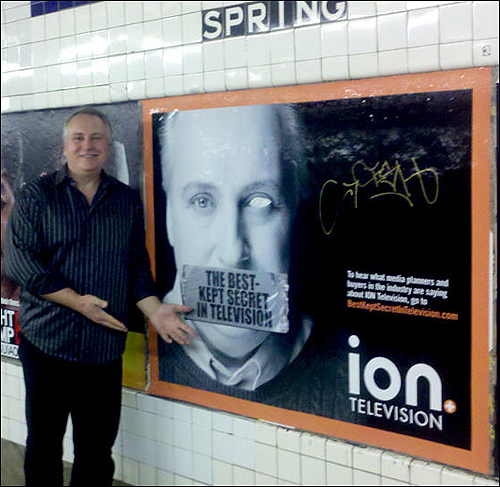 Insert Joe Here (Online Series)
May 4, 2011
Shot an episode of the new online comedy series called Insert Joe Here. I had the opportunity to play a boss who was a real jerk!

Noises Off (Theater)
April 17, 2011
Excited to be cast in the play Noises Off, being produced by Porch Light Theatre. I will be playing the role of Selsdon Mowbray. Show dates will be June 3rd through June 19th.

On the Spot (Improv Show)
January 29, 2011
On the Spot improv troupe performed at a charity fund raiser event in front of 400 people!! Biggest audience ever!

On the Spot (Improv Show)
December 18, 2010
On the Spot improv troupe performed an AWESOME holiday themed show at Crossroads restaurant and bar.

CNBC - Mad Money Promo (Commercial)
June 8, 2010
Just shot my third promo for CNBC. This one for the show Mad Money with Jim Cramer.

One Act Festival (Theater)
June 11-12, 2010
Performing the lead role in the one-act play Dark Ride again as part of a One Act Festival in Dover, NJ. Originally performed in Chatham, NJ last year.

On the Spot (Improv Show)
May 23, 2010
On the Spot improv troupe performing for the Town of Bloomfield Festival celebration.

Couch Potatoes (Short Film)
March 2010
Just wrapped three days of shooting the scenes for the short film Couch Potatoes. I play the role of Buckley, the strange but wise neighbor next door who spends the day in long johns and a robe. A far cry from my corporate stuff!

The Guys (Theater)
October 2009
Playing the lead role of Nick, a fire captain who has lost most of his men during the 9/11 attack. He is looking for a writer to help him with the eulogies he must present at their memorial services.

GFI Insurance (Industrial)
June 2009
Finished shoot for the GFI Insurance industrial. Played the CEO of the "good" company people would want to work for.

The Drop (Short Film)
May 2009
Just wrapped three days of shooting. Playing the role of a cop named Frank.